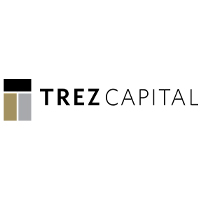 Demand continues – will supply ever catch up? | RENX

In April, the Canadian federal government announced its budget for 2022 with a focus on building homes over the next decade. Initiatives in the proposal included the launch of a new $4 billion Housing Acceleration Fund to help accelerate housing development, which highlights the clear demand for housing in this country.

Canada has led the G7 in percentage of population growth over the past five years (population growth of 5.2% is double that of the United States, which is 2.6%). Canada added 1.8 million citizens between 2016 and 2021 and the federal government plans to welcome 1.3 million immigrants over the next three years. This population growth is taking place in a context of chronic shortage of housing supply. It was reported this year by Consumer Choice Center that among the G7, Canada has the lowest average housing supply per capita with only 424 units per 1,000 people nationally, a lower ratio than it was five years ago. Of all the provinces, Ontario leads this disparity with only 398 units per 1,000 people – requiring the construction of 650,000 units just to reach the national average.

With the recent rise in interest rates and inflation in construction costs, some developers are pausing new product launches, which will only exacerbate the supply imbalance and contribute to pressure on the price increases in the years to come. Whether for rent or for sale, Canada needs to build more homes, and quickly.

Following the impacts of the pandemic, a healthy and continued influx of immigration is crucial for Canada’s economic recovery and growth. Population growth will support a host of positive economic changes, including demand for rental and for-sale housing. This is especially true of Canada’s major urban centers like Toronto, Vancouver, Montreal, Edmonton and Calgary. According to Statistics Canada, these major urban centers were the collective recipients of 70% of new immigrants to Canada between 2011 and 2016, with Vancouver, Toronto and Edmonton being the cities with the highest immigrant retention rates. The supply of new housing, especially in these cities, must keep pace.

Without significant changes in industry and government policies to encourage housing supply, Canadian residents and newcomers will continue to be excluded from major urban centres. While notable government policy changes have taken place recently in Vancouver and Toronto to encourage increased density, slow and cumbersome allocation and permitting processes continue to hamper supply. These protracted processes drive up land prices as developers are forced to hold on to land longer, costs that are ultimately passed on to new home buyers. In response, developers are turning to suburban municipalities like Burnaby, Surrey and Langley in British Columbia, and secondary markets like Barrie in Ontario, where permits are readily available, and people are migrating to more affordable lifestyles. .

As builders start their projects as quickly as municipalities allow, Trez Capital is seeing an acceleration of trends that began before the pandemic. The pandemic has accelerated hybrid and work-from-home models, and so we are seeing a growth in live-work units (residential properties built with office space).

Rising land prices are also a contributing factor to development trends. We are seeing an increase in the construction of multi-family properties in the suburban outskirts, areas that were previously designated for single-family development. The Canada Mortgage and Housing Corporation reported that in markets like Metro Vancouver, 90% of new housing starts are now multi-family.

What does the future hold for us?

Excess demand and lack of supply for housing will continue to drive up prices. As more potential buyers wait for interest rates and prices to moderate, additional pressure is being put on the already stretched rental inventory. Metro Vancouver is back to pre-pandemic vacancy lows of around 1.2% and Toronto isn’t far behind at 3.1% — and falling. This is putting upward pressure on rents: year-over-year, the median rent for a one-bedroom unit in Vancouver has risen 14% and 17.6% for two-bedroom units , according to the latest Zumper report on Canadian rents. We are now at record highs for asking rents in Metro Vancouver. The solution to affordability, with the projected increase in population, is to build more houses as efficiently and quickly as possible. Now is not the time for developers and lenders to take a break, rather it is time to be part of the solution. There must be a call to action for builders, developers, investors, governments and lenders to accelerate the delivery of affordable housing. Rest assured, there is no prospect of a slowdown in demand.

Founded in 1997, Trez Capital is a diversified real estate investment firm and a preeminent provider of debt and equity commercial real estate financing solutions in Canada and the United States. Trez Capital offers strategies for private and institutional investors to invest in a variety of opportunistic, fully collateralized mortgage funds, syndications and joint ventures; and provides property developers with quick approvals on flexible short- and medium-term financing.

With offices across North America, Trez Corporate Group has over C$4 billion in assets under management and has funded over 1,600 transactions totaling over C$15 billion since its inception. For more information, visit www.trezcapital.com. (*Trez Corporate Group AUM includes assets owned by all Trez-related entities as well as $2.8 billion of assets managed by the manager (Trez Capital Fund Management Limited Partnership)).

What Realtors Need to Know About Roaring Twenties Homes