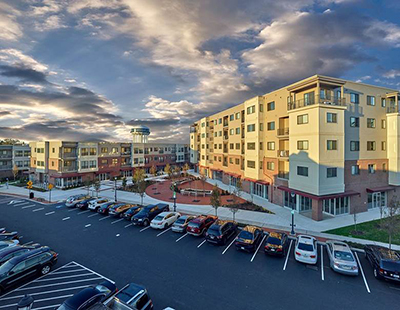 Madison Lansdale Station was also built with 11,901 square feet of retail space on the ground floor. Located at 325 Madison St., the community is steps from the SEPTA Lansdale station, which connects it to downtown Philadelphia approximately 35 miles away.

Andrew Holloway, portfolio asset manager for Madison Apartment Group, said in prepared remarks the property was successfully let despite being at the start of the pandemic. Holloway added in his prepared remarks that Madison Lansdale Station has since seen resident retention above 60% and recent double-digit lease swaps.

While Equus has successfully rid itself of its community in Lansdale, Pennsylvania, the company continues to build several projects in other parts of the Philadelphia metro. Equus is currently working on a 252-unit community in Newtown Square and a 348-unit community in Conshohocken, said Joseph Mullen, president of Madison Apartment Group, in a previous interview.

Outside of Philadelphia, the company has developments across the country with a range of uses including office, industrial, retail and residential. Of the approximately six million square feet of projects developed or redeveloped, Equus Capital has built 1,000 residential units.