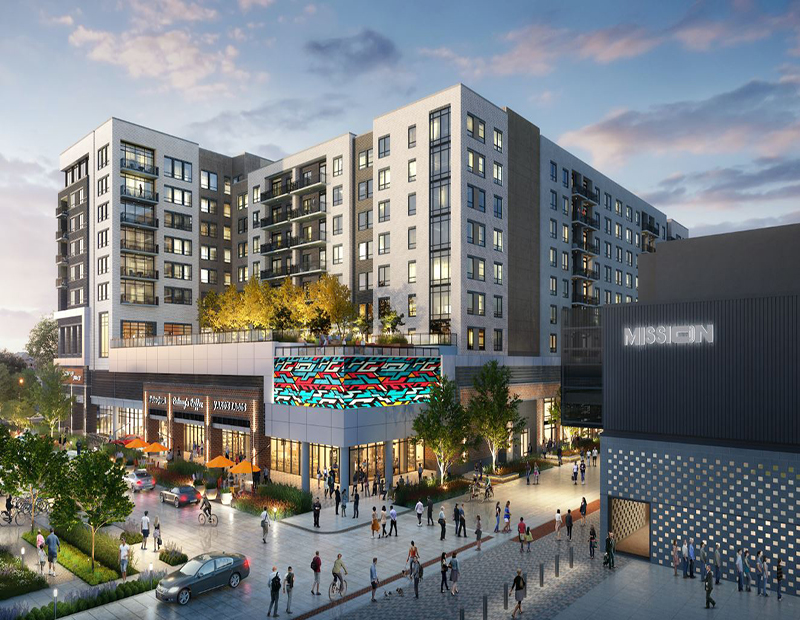 Hines, along with Cresset, began construction on Mica RiNo in October 2020. Now that the project is complete, the developer expects to see initial occupancy of the community in the fourth quarter of 2022, with pre-letting expected for three months before delivery. Hines tapped Ziegler Cooper Architects as the architect designer of the project, Parisa O’Connell Interior Design for the interior design of common areas, Design workshop as a landscape architect, and Modern builders as a general contractor. Hines also secured funding for the construction of North West Mutual for the residential project.

When complete, Mica RiNo will offer studio, one-bed and two-bed units averaging 857 square feet, with some units reserved as affordable. Hines plans to build the units with power door locks and built-in washers and dryers, while some units will have private balconies. Mica RiNo will also include a swimming pool, covered grotto, garden, 11th-floor sky lounge, co-working space, gas stoves and approximately 15,000 square feet of retail space on the ground floor. The community should achieve LEED Gold certification.

Mica RiNo is located near the 38th & Blake light rail station which puts residents one stop from Denver’s central business district. The community will also be part of the nearly 1.3 million square foot North Wynkoop development which is being developed by Westfield Co. The first phase of the mixed-use development includes the 4,000-person Mission Ballroom concert hall, a 240-car garage, and a 90,000 square foot office and retail building. The second phase of North Wynkoop will include a hotel, restaurant and more office and retail space.

Prior to Mica RiNo, Hines had worked with the Cresset Diversified Qualified Opportunity Zone Fund I on three other developments across the United States. Most recently, the joint venture opened a 1.1 million square foot industrial project in Whiteland, Ind., which was Hines’ first logistics property in the Indianapolis area.

Hines and Cresset also opened The Mercantile, a 375-unit community with 42,000 square feet of ground-floor retail in downtown Omaha, Neb., in February 2020. The company’s first project joint venture dates back to April 2019, when the two companies began construction on Block 42, a 46-story luxury tower that is one of Houston’s tallest residential communities. Outside of its joint ventures with Cresset, Hines also recently opened a planned community in Thornton, Colorado that will total 3,000 homes.