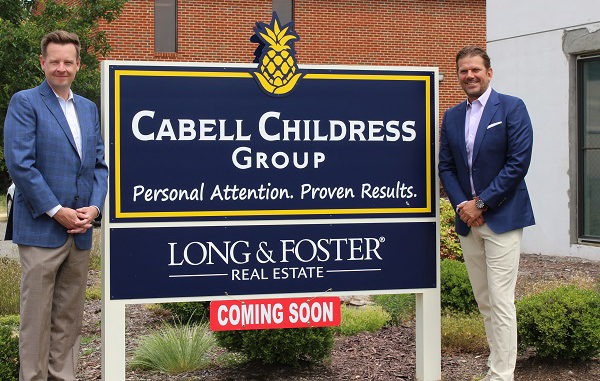 With growing competition in the Richmond home selling scene, one of the area’s largest residential real estate brokerage firms is strengthening its local footprint with a new outpost in the Willow Lawn area.

Long & Foster Real Estate gets a new storefront with the opening of a brick and mortar office for Cabell Childress Group, a team of agents currently based in the Innsbrook / Glen Allen branch of the brokerage.

The office, which is slated to open in mid-June, is located at 4904 W. Clay St., a 3,800 square foot building adjacent to the West End Antiques Mall and Verve Home Furnishings, a few blocks away. Broad Street and Willow Lawn.

Group leader Cabell Childress bought the building in March through an entity called Spider Properties Trust, which paid $ 580,000 for the quarter-acre property. The sellers were Craig and Linda Peyton, who bought it in 1995 for $ 235,000, according to Henrico County real estate records.

Childress, a Henry native who has been selling homes locally for 20 years, said he bought the building as a real estate investment as well as a house for his group, which he formed in the late 2000s.

â€œIt was an opportunity for me to own the building, and it made sense from an investment standpoint,â€ said Childress. â€œObviously during COVID it’s been very unique where a lot of people don’t even use bricks and mortar. Our team is like a small family, so we love the idea of â€‹â€‹having our own space.

The office will carry signs for Long & Foster and Cabell Childress Group. It will be managed by David Gragnani, a broker-manager of Long & Foster from the Innsbrook / Glen Allen branch.

The Willow Lawn spot brings the number of Long & Foster offices in the Richmond metro to 17. Its closest outposts are in the Libbie-Grove area.

â€œThis is a next step for him in growing his team,â€ Haug said of Childress, noting that his team passed the $ 100 million mark in annual sales last year. â€œIt’s a way for agents to have their own individual space but also to always be under our aegis. “

Childress said his team consisted of eight agents at the 2020 close with 250 closings totaling $ 101 million in sales. The team now has 10 agents and three support staff, with sales so far this year reaching $ 65 million.

â€œWe’re having the best year we’ve ever had,â€ Childress said.

The group’s new home features a 1,100 square foot flexible warehouse / space that Childress said they would transform into a living room and social space for agents and clients. The building will also house an office for Long & Foster’s subsidiary, Prosperity Home Mortgage, and Childress said other agents at the brokerage will be able to work from the space.

He said the building gave his team the opportunity to grow and that it was attractive for its location near Willow Lawn and Libbie Mill-Midtown. The area has also attracted interest from other brokerages, as a new competitor in the market – Chantilly-based brokerage Sampson Properties – recently opened an outpost at Libbie Mill.

The location is the latest addition to Long & Foster’s footprint in recent years. In 2019, it added two satellite offices, including one in Chesdin Landing in Chesterfield County.