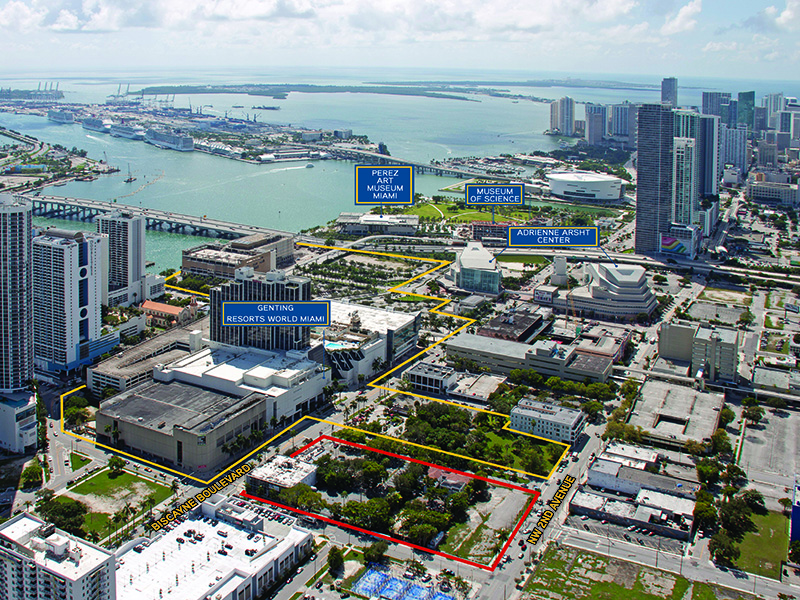 The Melo Group acquired Biscayne Place from the Midgard Group for $ 105 million. The property comprises an entire block in Miami’s Edgewater neighborhood and provides the company with a residential and mixed-use development opportunity close to the downtown arts and entertainment district.

Biscayne Place is located at 1700 Biscayne Blvd. between Northeast 17th Street and Northeast 17th Terrace. The property encompasses just over 3 acres in an area of ​​opportunity and is currently occupied by a restaurant, several commercial buildings, vacant lots and parking lots. Midgard began assembling the package in 1999, paying a total of $ 8.2 million, according to the Commercial Observer.

Biscayne Place is located east of Wynwood and Midtown, and north of downtown. The property enjoys access to major roads which include I-95, I-395, and I-195, and proximity to South Beach and the Brightline intercity express train to MiamiCentral Station.

The buyer intends to build apartments, condominiums and retail in four 60-story towers on the site, which provide substantial frontage on Biscayne Boulevard. Melo’s planned high-rise development will have views of the neighborhood and Miami and is within walking distance of the Arts and Entertainment District.

Melo has developed multi-family properties throughout downtown Miami, including Miami Plaza and Downtown 5th, and is currently building Downtown 1st. The company has completed more than 6,000 condominium and rental housing units since 2001 and has more than 2,000 units under construction, according to the firm.

Miami has about 5,805 residential units under construction within a three-mile radius of the city, with 19,154 more units planned, according to Yardi Matrix. The city has seen 15 multi-family properties traded in the past five years, with an average selling price per unit of $ 256,236.