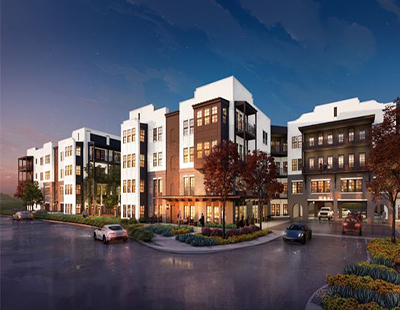 StreetLights Residential has started construction on its fifth multi-family project in Arizona. The company’s latest development, The Alyssa, is located in Tempe and plans its first move in summer 2023, with full construction due in spring 2024.

StreetLights Creative Studio will serve as the reference architect for the project, while also taking care of the interior design of the community. StreetLights hired SLR Phoenix Construction LLC as the general contractor for The Alyssa and Norris Design for the landscaping.

Greg Nadeau, StreetLights senior vice president of development for Arizona and California, said in prepared remarks that the Alyssa was designed to foster engagement and create a sense of community with its many amenities. The community is also located near the interchange between highways 101 and 202 which connects other major cities in the region, including Phoenix, Mesa and Scottsdale.

GROWTH OF THE ARIZONA PORTFOLIO

The Alyssa will mark the fifth project in Arizona and the second in Tempe, for StreetLights, which has built a portfolio in the state since 2019. The company’s first multi-family project in Arizona was The Cameron, a community of 349 units also. en Tempe, which opened in 2019 and has since been sold.

When can residential property meet the definition of a business building?