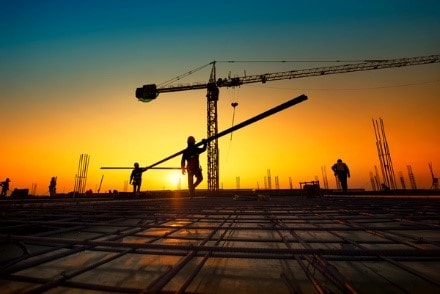 2022 has been a good year for the Indian residential real estate market despite the emergence of the Omicron variant of COVID-19 and according to Murtuza Arsiwalla, Director of Kotak Institutional Equities, this party is not over yet.

“Whether it’s rising prices, which is driving demand, or demand, which is driving higher prices… Either way, the party seems to be going on when it comes to residential real estate,” Arsiwalla said in an interview. with CNBC-TV18.

Overall, the Indian residential real estate market has seen a steady improvement in sales over the past few quarters.

Knight Frank, a real estate agency, in a report said 78,627 residential units were sold in the country in the March quarter of 2022, a four-year high, despite rising cases of Omicron, leading to a new wave of COVID-19. On an annual basis, this is a growth of 9%.

The latest report from Knight Frank India showed that Mumbai (BMC region) recorded property sale registrations of 11,339 units in July 2022, the highest in a decade for the month of July. More than half of the listings were in the Rs 1 crore price range. In terms of apartment size, the highest demand was seen for homes between 500 and 1000 square feet.

Several players other than Godrej Properties have caught up in the Mumbai market, according to Arsiwalla.

“So while Godrej Properties continues to record consistent sales figures, there have been several other players in DLF, in Lodha, in Prestige playing catch-up and the underperformance readjusts the premium that Godrej Properties has enjoyed because you have other alternatives that make an equal amount of sales. So it’s more relative than absolute,” he said.

According to a recent report by Anarock, sales of luxury apartments – priced at over Rs 1.5 crore – amounted to 25,680 units in seven major cities from January to June 2022, surpassing annual sales in all three previous years.

He said the luxury home market had done “remarkably well” this year, helped by developer rebates and demand from non-resident Indians (NRIs).

With better demand for self-contained floors, DLF recently said it is targeting around 1,300 crore in sales revenue from its new luxury housing project in Panchkula in Haryana.

“We are developing 424 independent floors in this project. The construction works will start after the monsoon season and the project will be completed within the next three years,” said Group Executive Director and Commercial Director of DLF, Aakash Ohri. PTI.

In a conversation with CNBC-TV18, Ashok Tyagi, a full-time director at DLF, said the company may consider increasing fares depending on how fast it absorbs current prices.

Arsiwalla is constructive on residential real estate space, including DLF. He thinks the consumer continues to turn to stronger, more organized developers. The reasons for this are the upward cycle and the market share gains that are achieved with a large number of listed players.

IIFL Securities also said on Aug. 23 that the strong momentum in the residential real estate market is likely to continue as developers are optimistic about the medium-term outlook.

He added that market players are actively looking to expand into new markets. DLF and Lodha remain its top picks among residential market players.