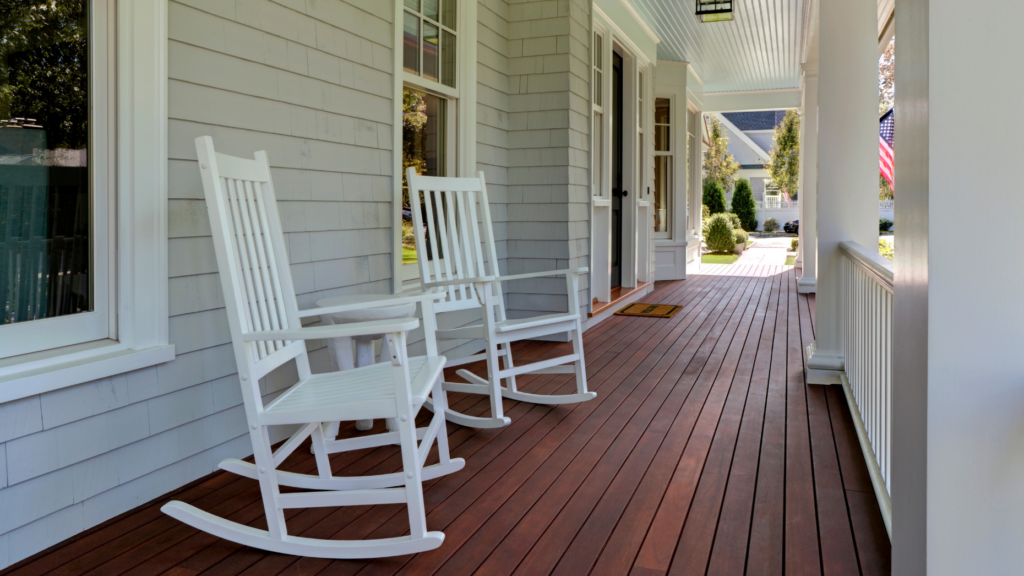 What Realtors Need to Know About Four Square Homes

In this new series, I will guide you through the predominant housing styles of the last 12 decades, starting in 1900. A basic understanding of each architectural style that defines a decade will position you as a knowledgeable agent to your clients and make finding a home with your buyers easier for everyone..

The ability to converse with sellers and buyers about home styles and historical periods is extremely helpful in building rapport and giving your client a sense of confidence in your knowledge. Other topics that help connect with clients and establish your expertise as a real estate agent include local zoning laws, new bus routes, local schools, specialty grocery stores, and entertainment venues.

Some homeowners will appreciate nothing more than telling you about their quarter-sawn oak floors, stained glass windows and pocket doors. While it may seem like overkill to dwell on brass hinges or railings, the vocabulary that is part of house styles, whether antique or modern, is critical to an agent’s success.

After the excess and grandeur of the Victorian and Queen Anne homes of the 1900s, a simpler, more accessible style of home was to become popular. Each housing style has been influenced by changes in lifestyles, livelihoods and values.

A move from farming and country living, along with several generations living in the same house, brought about a type of house called the square or American square house. Also known as the transitional pyramid style or prairie box style, this house featured a prominent central dormer and a full-width porch. The four square has two and a half floors, with four bedrooms on each floor; an unfinished basement is included.

It is important to note that while previous American housing styles were adaptations of trends that had their roots in Europe, including Queen Anne, Italian, French Renaissance, and Spanish Revival, for example, the American square is uniquely American. This style of home became popular as a reaction to the bustle and richly decorated Victorian homes with multiple rooms serving the same purpose.

Hipped roofs combined with simple lines and simplicity can be attributed to the work of the famous American architect Frank Lloyd Wright. The Prairie and Craftsmen styles, which became popular after the four squares, were variations on this simple home theme, with more refinements and more elaborate designs and decorations.

The first floor had four rooms, with the first two formal rooms, a drawing room, and a living room accessible from the entrance, just off the porch. The dining room and kitchen were at the back of the first floor, with a large pantry next to the kitchen. Each of the rooms was located symmetrically in a corner of the house, so each room had two exposures. Hearths were absent in most of the four squares, as modern indoor heating was more common.

The entrance to the central hall featured a staircase leading to the second floor, with a “chamber” or bedroom in each corner. Above the kitchen was a pantry or bathroom, which was sometimes added later to four squares which had no indoor plumbing when first built. The four smaller squares had only three rooms per floor, one in each of the three corners, with the entrance, stair hall, and staircase being in one of the front corner spaces.

Absent in these modest dwellings were turrets, gables, circular rooms, elaborate fireplaces and enclosed garden rooms. Low-pitched hipped roofs were standard with four square houses and attics, often with one to four dormers and low ceilings with one or two small rooms, often left unfinished. The basements, also unfinished, housed the natural convection furnace or boiler.

Interiors featured arched entryways between rooms and efficient built-in furniture including bookshelves, cupboards, sideboards and window seats. The style of woodworking was described as “honest”, meaning simple or, at least, not as elaborate as in earlier American dwellings.

The proliferation of four squares, and the reason why there are still so many of them, populating entire neighborhoods, is the result of these homes being sold as kits from mail-order catalogs, such as Sears and Aladdin. The variations of the four squares available to be shipped directly to a job site, pre-cut, with up to 30,000 pieces, were indeed impressive.

The customization of these houses was almost endless, but if the funds or the imagination were lacking for a large house, a usable house could be built without too many decisions. Bricks and mortar were not shipped to construction sites, as the weight of these materials made shipping prohibitively expensive.

Also, remember that in the absence of housing codes, inspections, and standard sizes for plumbing, windows, appliances, and electrical, kit homes have simplified construction, providing virtually all materials, from window frames to door handles. The average homeowner was able to assemble their own home with professional help. They were also able to customize his house to the degree they wished.

And where were the majority of these kit houses, later called prefab or prefab, shipped to? Neighborhoods close to railway tracks saw the densest clusters of kit houses. The rail lines not only provided shipping opportunities, but also transportation to employment and access to goods for retail establishments in the area. The Interstate Highway and the 18-wheeler had yet to become a part of life in America.

Four square and kit houses in a number of variations are commonplace across the country. Today, these homes may have been updated, modernized, or expanded. Real estate agents who can offer information on this style of home are sure to impress buyers, especially those interested in historic homes.